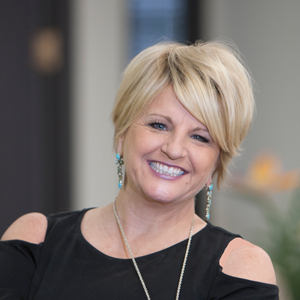 With over 35 years of experience in the marketing and broadcasting industries, Bonni brings an invaluable and universal knowledge of both business marketing and media strategy. In addition to the daily demands of agency leadership, she remains tirelessly invested in the development of each client’s annual marketing strategy, and leads BAM’s senior account management team in the implementation of every marketing plan.

Bonni’s career was born at Advanswers Media in the media buying department where she groomed her natural business acumen working on large brand accounts. She later went on to spend over two decades in national and local TV sales in St. Louis and Chicago, collaborating with leading media agencies across the country. Bonni has served in executive broadcast sales roles and is widely respected for her leadership in the launch of three TV stations, which included leading sales teams in their respective affiliate network transitions.

Prior to launching BAM in 2008, Bonni held the positions of VP of Sales, and COO for Roberts Broadcast Group, overseeing operations, marketing, programming, and sales for four TV stations, a radio station, and an internal marketing department responsible for the company’s real-estate and hotel properties. Over the years, Bonni has served on several boards and committees with a focus on missions to help the underserved populations in the country. Bonni and her husband, Kent Schuette, reside in Edwardsville and spend their free time serving in ministry roles.

Is Your Marketing Giving You Results?